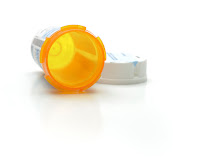 Most pharmacies are unable to reuse and refill medication bottles for sanitary and purity reasons.

Prescription medication is heavily regulated by the US Food and Drug Administration (FDA). therefore, certain guidelines have to be followed to in order to adhere to their standards of safety.

How Do I Prepare Items For Recycling?

Although most recyclable materials, such as plastic, aluminum, steel cans, paper, and glass are fairly widely known, some are still unaware of how to prepare these materials so they are ready to put into your recycling.

According to the patent for packing peanuts filed in 1962, Robert E. Holden was named as the inventor.

Packing peanuts, used for packaging fragile items, was also touted as a material that could be used as insulation since it proved to be a good heat insulator.

In 2009, Recycling Works expanded it's recycling capabilities by adding a state-of the-art recycling facility right in our backyard located at 605 Mason Street, Elkhart, Indiana. Home to an advanced single stream recycling process, this facility processes recyclable materials collected from municipalities and subscription customers in over 16 counties throughout Northern Indiana and Southern Michigan.

Waste-Away Group - Who are We?